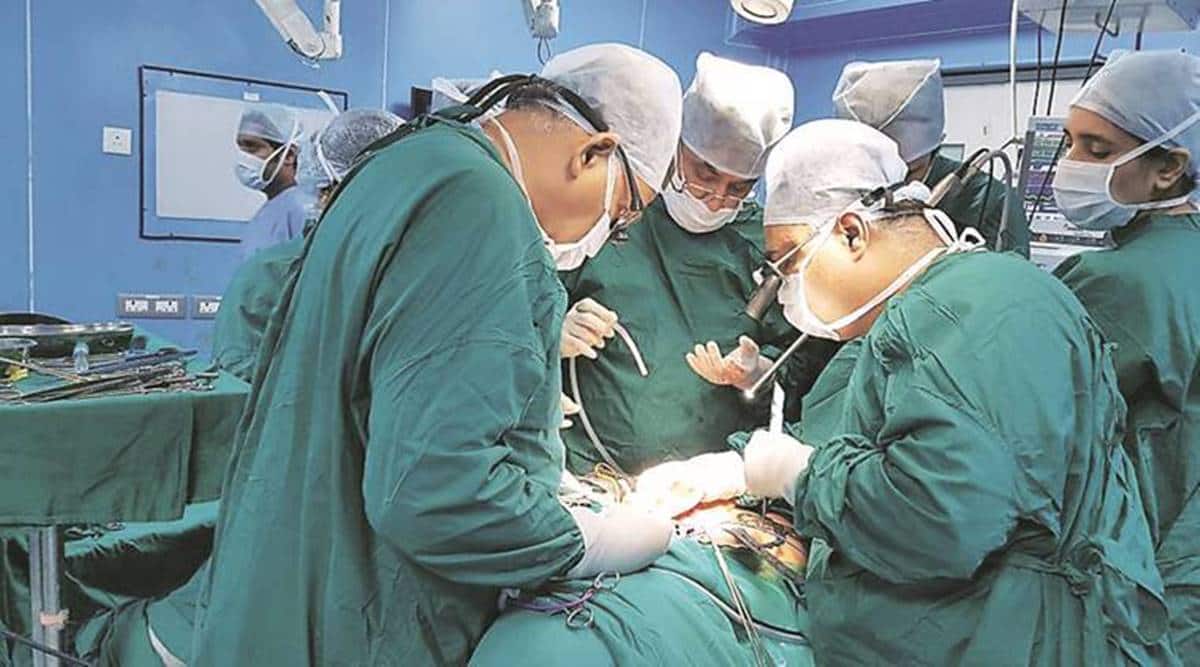 According to the hospital management, the boy was referred to Jupiter Hospital in Thane after removal of his intestine. (Representational Image)

Jupiter Hospital in Thane has successfully conducted India’s first pediatric living donor small intestinal transplant on a Covid-19 patient whose intestine had been affected by the viral infection.

The transplant was performed on nine-year-old Om after his intestines were found to be affected by thrombosis and gangrene.

According to the hospital management, the boy was referred to Jupiter Hospital in Thane after removal of his intestine. An antibodies test and a bowel RT-PCR had showed Covid infection in the removed organ. This brought to light the fact that the boy and his father had tested positive for Covid-19 with mild symptoms a month ago.

Om had complained of severe abdominal pain in August and tests done at a local hospital had revealed thrombosis and massive gangrene in his small intestine, a condition in which the blood supply to the intestine is lost and the intestine is dead. A surgery was conducted to remove the organ to avoid further complications.

“Thrombosis and bowel perforation is well known in severe Covid-19, however, massive bowel gangrene is very rare,” explained infectious disease specialist Dr Rajiv Soman from Jupiter Hospital in Pune. “Only one such case has been reported in Italy so far, with a fatal outcome.”

Doctors said the child was unable to eat anything and was put on artificial nutrition. Dr Gaurav Chaubal, chief multi-organ transplant surgeon, Jupiter Hospital, said, “The child was listed for a cadaveric small intestinal transplant and was on the waiting list for three months… He was longing to eat and started developing complications. The waiting period was extremely difficult.”

With no cadaveric organ offer in sight, the need of a living donor small intestinal transplant was discussed and the child’s father volunteered to donate a part of his intestine. On November 5, a team of surgeons led by Chaubal performed the surgery, wherein 200 cm of intestine was carefully harvested and transplanted from the father to the child.

As per doctors, living donors can safely donate 40 per cent of their intestine. While his father has recovered completely, the child is recovering well and began oral intake from day eight of the surgery.

📣 The Indian Express is now on Telegram. Click here to join our channel (@indianexpress) and stay updated with the latest headlines

For all the latest Mumbai News, download Indian Express App.

INDIA: 11 children from Philippines get new lease of life after liver transplant- The New Indian Express

INDIA: 11 children from Philippines get new lease of life after liver transplant- The New Indian Express