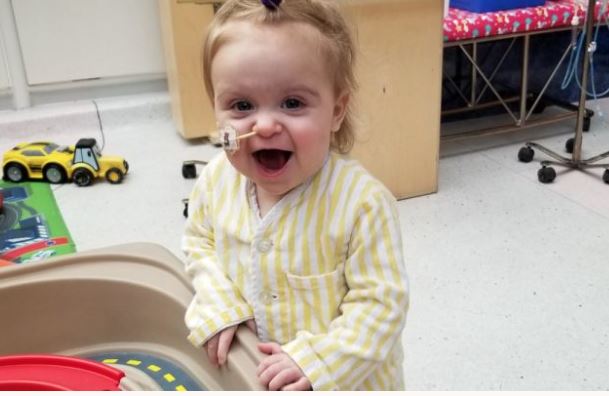 A Kamloops couple are having a a tough time financially after a liver transplant for their young daughter and they’ve set up a Go Fund Me page in hopes of making ends meet.

Lyla Faliszewski was born with a rare liver condition called Biliary Atresia. She had her transplant when she was just one year old.

Now, a year later, she’s doing fine but the procedure has left her immune compromised meaning her father Steven can’t work and the bills are starting to add up. “I had to take a lot of time off work. When she was first born it was not a big deal, I was off on parental leave.”

“I’m the main income earner for the family, but then when she was sick and we had to keep going to Vancouver and then start making trips out to Edmonton, because that’s where they do liver transplants for kids, I decided to take more and more time off work.”

“By the time she had her transplant I had already been off work for a couple months. So, then another four months in Edmonton during her transplant. And, then when we get back it took a while to go get kind of settled back in. She still had a bunch of appointments and things like that and so by the time I was finally ready to get back to work is right when the pandemic hit.”

As far as Lyla’s future goes, Steven is optimistic. “From what I understand, the statistics are really good for her. Kids who have her condition, who get a liver transplant young, tend to do really well and live normal lives.”

Faliszewski says they’re just waiting things out for the time being. “What we’re hoping is that, eventually when the vaccine for COVID-19 becomes more widely distributed or she gets it, then my wife and I can go back to work.”