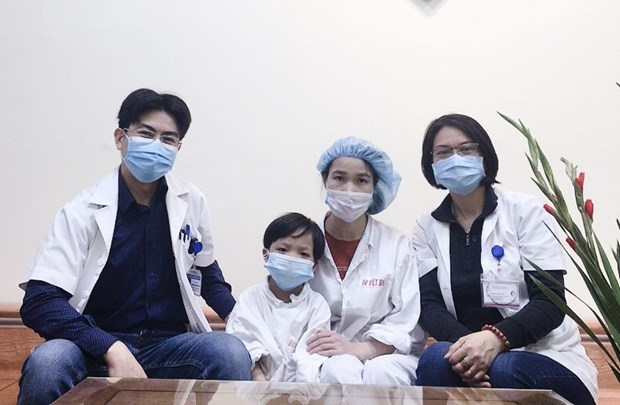 Seven-year-old L.X.H, the youngest-ever heart transplant recipient in Vietnam, has been discharged from hospital. (Photo: VNA)

Before the surgery, the child, weighing only 16 kg, suffered from dilated cardiomyopathy and end-stage heart failure.

The patient received the heart from a 19-year-old brain-dead donor, with the surgery conducted on February 1.

The child’s mother thanked the family of the donor who, she said, has given her child a new life, and the dedication of doctors and nurses of the hospital.

This is the fifth heart transplant performed on a child at the hospital.

It is the leading centre nationwide for collecting and transplanting organs. All patients are healthy and have returned to daily living.

In March 2017, a 10-year-old boy in Hanoi became the smallest heart transplant patient at that time. After getting the heart from a brain-dead donor, he is now in a stable condition./.