‘She Was So Sick’: From COVID-19 Diagnosis To A Double Lung Transplant 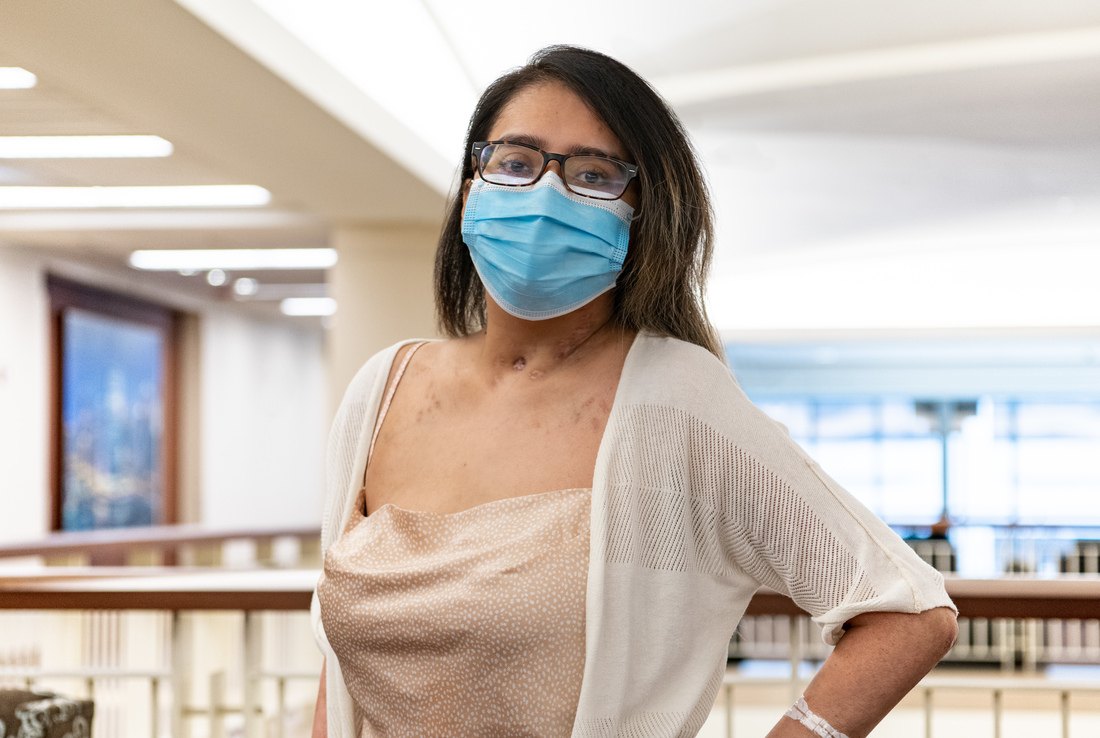 During six weeks on life support at Northwestern Memorial Hospital in Chicago, Ramirez said, she had terrifying nightmares that she couldn’t distinguish from reality.

“Most of them involve me drowning,” she said. “I attribute that to me not being able to breathe, and struggling to breathe.”

On June 5, Ramirez, 28, became the first known COVID-19 patient in the U.S. to undergo a double lung transplant. She is strong enough now to begin sharing the story of her ordeal.

Before the pandemic, Ramirez worked as a paralegal for an immigration law firm in Chicago. She enjoyed walking her dogs and running 5K races.

Ramirez had been working from home since mid-March, hardly leaving the house, so she has no idea how she contracted the coronavirus. In late April, she started experiencing chronic spasms, diarrhea, loss of taste and smell, and a slight fever. 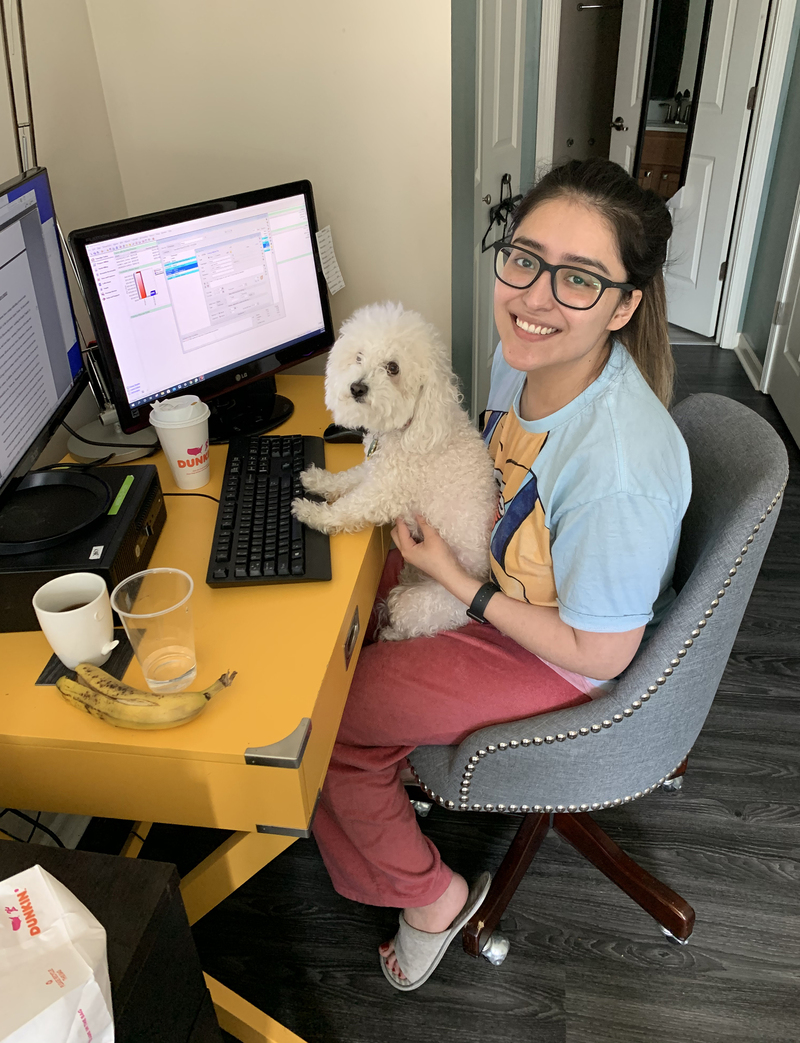 When the pandemic hit, Mayra Ramirez began working from home. She’s unsure how she contracted the coronavirus.

“I felt very fatigued,” Ramirez said. “I wasn’t able to walk long distances without falling over. And that’s when I decided to go into the emergency room.”

From the ER to a ventilator

The staff at Northwestern checked her vitals and found her oxygen levels were extremely low. She was given 10 minutes to explain her situation over the phone to her mother in North Carolina and appoint her to make medical decisions on her behalf.

Ramirez knew she was about to be placed on a ventilator, but she didn’t understand exactly what that meant.

“In Spanish, the word ‘ventilator’ — ventilador — is ‘fan,’ so I thought, ‘Oh, they’re just gonna blow some air into me and I’ll be OK. Maybe have a three-day stay, and then I’ll be right out.’ So I wasn’t very worried,” Ramirez said.

In fact, she would spend the next six weeks heavily sedated on that ventilator and another machine — known as ECMO, or extracorporeal membrane oxygenation — pumping and oxygenating her blood outside of her body. 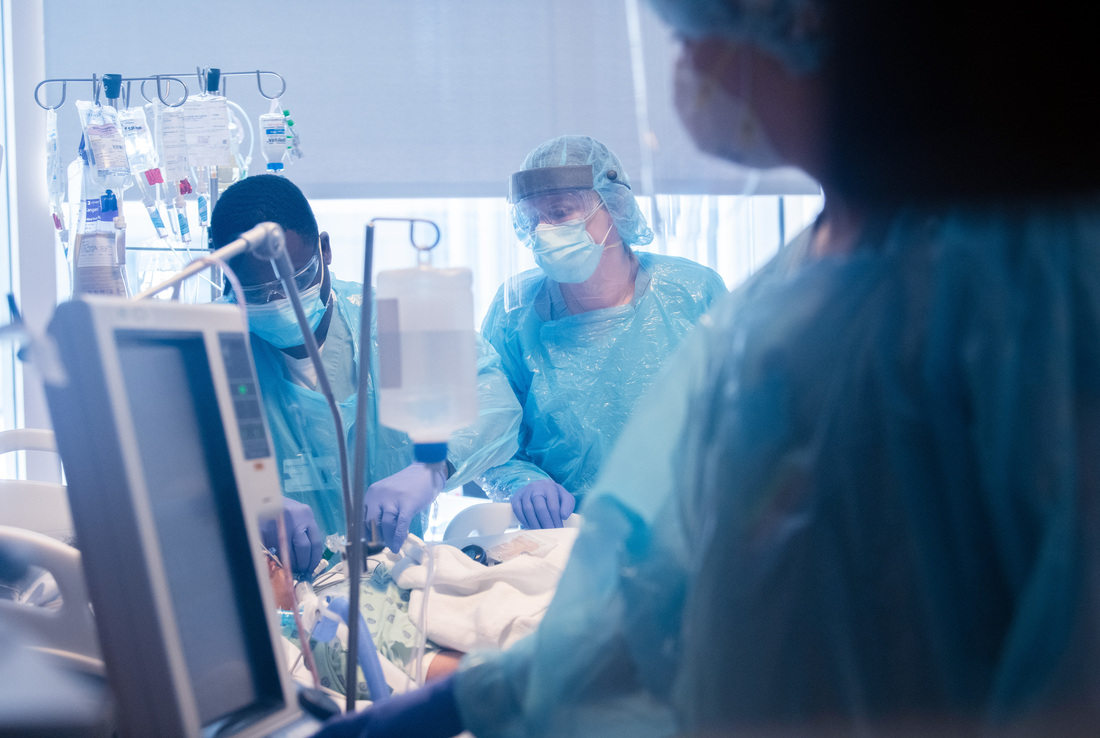 Before the transplant, Mayra Ramirez spent weeks on a ventilator and an ECMO machine which oxygenated her blood, at Northwestern Memorial Hospital in Chicago.

One theory about why Ramirez became so sick is that she has a neurological condition that is treated with steroids, drugs that can suppress the immune system.

By early June, Ramirez was at risk of further decline. She began showing signs that her kidneys and liver were starting to fail, with no improvement in her lung function. Her family was told she might not make it through the night, so her mother and sisters caught the first flight from North Carolina to Chicago to say goodbye.

When they arrived, the doctors told Ramirez’s mother, Nohemi Romero, that there was one last thing they could try.

Ramirez was a candidate for a double lung transplant, they said, although the procedure had never been done on a COVID-19 patient in the U.S. Her mother agreed, and within 48 hours of being listed for transplant, a donor was found and the successful procedure was performed on June 5.

At a recent news conference held by Northwestern Memorial, Romero shared in Spanish that there were no words to describe the pain of not being by her daughter’s side as she struggled for her life.

She thanked God all went well, and for giving her the strength to make it through.

“Most patients are quite sick going into [a] lung transplant,” Bharat said in an interview in June. “But she was so sick. In fact, I can say without hesitation, the sickest patient I ever transplanted.”

Bharat said most COVID-19 patients will not be candidates for transplants because of their age and other health conditions that decrease the likelihood of success. And early research shows that up to half of COVID-19 patients on ventilators survive the illness and are likely to recover on their own.

But for some, like Ramirez, Bharat said, a transplant can be a lifesaving option of last resort.

When Ramirez woke up after the operation, she was disoriented, could barely move her body and couldn’t speak. 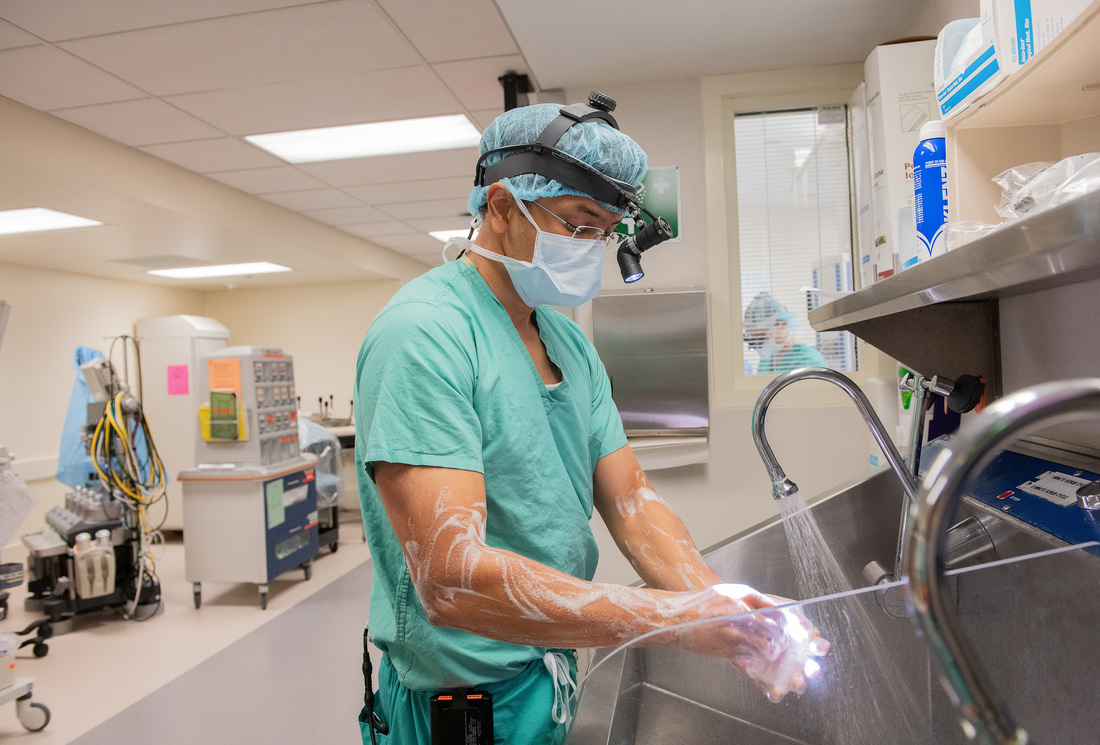 “I just felt like a vegetable. It was frustrating, but at the time I didn’t have the cognitive ability to process what was going on,” Ramirez said.

She recalled being sad that her mother wasn’t with her in the hospital, not understanding that visitors weren’t allowed because of the pandemic.

Her family had sent photos to post by her hospital bed, and Ramirez said she couldn’t recognize anyone in the pictures.

“I was actually sort of upset about it, [thinking,] ‘Who are these strangers and why are their pictures in my room?'” Ramirez said. “It was weeks later, actually, that I took a second look and realized, ‘Hey, that’s my grandmother. That’s my mom and my siblings. And that’s me.”

After a few weeks, Ramirez said, she finally understood what happened to her. When COVID-19 restrictions loosened at the hospital in mid-June, her mother was finally able to visit.

“The first thing I did was just tear up,” Ramirez said. “I was overjoyed to see her.”

The long road to recovery

After weeks of inpatient rehabilitation, Ramirez was discharged home. She’s now receiving in-home nursing assistance as well as physical and occupational therapy, and she’s working on finding a psychologist.

Ramirez eagerly looks forward to being able to spend more time with her family, her boyfriend and her dogs, and serving the immigrant community through her legal work.

But for now, her days are consumed by rehab. Her doctors say it will be at least a year before she can function independently and be as active as before.

Ramirez is slowly regaining strength and learning how to breathe with her new lungs.

She takes 17 prescription medicines, some of them several times a day, including medicines to prevent her body from rejecting the new lungs. She also takes anxiety meds and antidepressants to help her cope with daily nightmares and panic attacks.

The long-term physical and mental health tolls on Ramirez and other COVID-19 survivors remain largely unknown, since the virus is so new.

While most people who contract the virus are left seemingly unscathed, for some patients, like Ramirez, the road to recovery is full of uncertainty, said Dr. Mady Hornig, a physician-scientist at the Columbia University Mailman School of Public Health.

Some patients can experience post-intensive care syndrome, or PICS, which can consist of depression, memory issues and other cognitive and mental health problems, Hornig said. Under normal circumstances, ICU visits from loved ones are encouraged, she said, because the human interaction can be protective.

“That type of contact would normally keep people oriented … so that it doesn’t become as traumatic,” Hornig said.

Hopes for the future

COVID-19 has disproportionately harmed Latino communities, as Latinos are overrepresented in jobs that expose them to the virus and have lower rates of health insurance and other social protections.

Ramirez has health insurance, although that hasn’t spared her from tens of thousands of dollars’ worth of medical bills.

And even though she still ended up getting COVID-19, she counts herself lucky for having a job that allowed her to work from home when the pandemic struck. Many Latino workers don’t have that luxury, she said, so they’re forced to risk their lives doing low-wage jobs deemed essential at this time.

Ramirez’s mother is a breast cancer survivor, making her particularly vulnerable to COVID-19. She had been working at a meatpacking plant in North Carolina, for a company that Ramirez said has had hundreds of COVID-19 cases among employees.

So Ramirez is relieved to have her mom in Chicago, helping take care of her.

“I’m glad this is taking her away from her position,” Ramirez said.

Friends and family in North Carolina have been fundraising to help pay her medical bills, selling raffle tickets and setting up a GoFundMe page on her behalf. Ramirez is also applying for financial assistance from the hospital.

Her experience with COVID-19 has not changed who she is as a person, she said, and she looks forward to living her life to the fullest.

If she ever gets the chance to speak with the family of the person whose lungs she now has, she said, she will thank them “for raising such a healthy child and a caring person [who] was kind enough to become an organ donor.”

Her life may never be the same, but that doesn’t mean she won’t try. She laughs as she explains how she asked her surgeon to take her skydiving someday.

“Dr. Bharat actually used to work at a skydiving company when he was younger,” Ramirez said. “And so he promised me that, hopefully within a year, he could get me there.”

And she has every intention of holding him to that promise.

Transplant Newshttp://TransplantNews.com
Transplant News brings you original and carefully curated aggregate news stories, articles and content that matter to the transplant community, from top publishers around the web. Everything from patient stories, to the latest in transplant innovation, TN is your window into the world of transplantation.

Transplantation in the era of the Covid‐19 pandemic: How should transplant patients and programs be handled? – NasrAllah – – Reviews in Medical Virology

Can Cell-free DNA Test Predict Cancer In An Individual?

0
Transplant News Sharing // News from Source www.outlookindia.com Cancer and its various forms have emerged as one of the biggest killers for...
Read more

Transplant News brings you the news stories, articles and content that matter to the transplant community. Everything from patient stories, to the latest in transplant innovation, TN is your window into the world of transplantation.

All content and media on Transplant News is created and published online for informational purposes only. It is not intended to be a substitute for professional medical advice and should not be relied on as health or personal advice.

Can Cell-free DNA Test Predict Cancer In An Individual?

0
Transplant News Sharing // News from Source www.outlookindia.com Cancer and its various forms have emerged as one of the biggest killers for...
Read more
Liver Transplants

2019 - All Rights Reserved.
TransplantNews.com uses Cookies to ensure the best experience for you. ACCEPT

Any cookies that may not be particularly necessary for the website to function and is used specifically to collect user personal data via analytics, ads, other embedded contents are termed as non-necessary cookies. It is mandatory to procure user consent prior to running these cookies on your website.