Bone marrow recipient thanks donor a year after transforming transplant

Sarah Jordan was a Yale freshman when she casually registered with Be The Match to be a bone marrow donor. She was on her way across campus when she happened upon the registry drive.

Two years later, Jordan got the call: She was a match. And a year after that, this Giving Tuesday, she met the California dad who is recovering from leukemia because of her bone marrow donation. Michael Silberstein is 51 and has a wife and a 6-year-old daughter.

Jordan could easily have kept walking that day three years ago. “It was a donor drive in memory of Mandi Schwartz, a women’s hockey team player with leukemia who had passed away,” Jordan recalled. “People in bright orange shirts in a tent were saying ‘Join the registry.’ Swab your cheek, send it in.  Sure, why not?”

The Mahwah High School graduate had the same reaction when she was called and asked to donate two years later, traveling with her father, Bill, from New Haven, Connecticut, to Massachusetts General Hospital in Boston for pre-donation treatment. 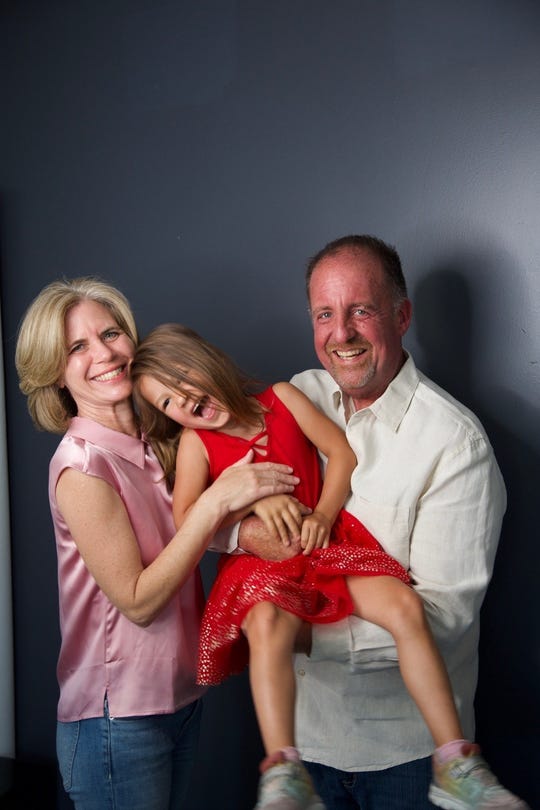 Michael Silberstein with wife Julie and daughter Nessah following his recovery. (Photo: Photo courtesy of Be The Match)

“I was getting two injections in each arm for five days to stimulate bone marrow production,” Jordan said.  “During that time I played my last game of the season, one of my best.”

The most difficult part, Jordan said, was “keeping my arms out straight for six hours with needles in them” while blood flowed out and then back in her veins after the bone marrow cells were extricated.

“I felt a little run down afterward, but I was ready to get up and go,” Jordan said.  “I wasn’t allowed to know for a year who the recipient was.  All I knew was that it was a 51-year-old somewhere in the U.S. with leukemia.” 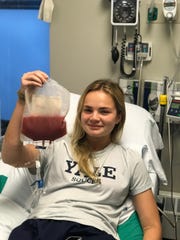 Mahwah resident Sarah Jordan in the process of a bone marrow donation at Massachusetts General a year ago. (Photo: Photo courtesy of Be The Match)

On the West Coast, Silberstein’s reaction when he got the donor call was “Oh boy!”

“I had been told to do chemo, but after relapsing three times they said I needed a transplant,” Silberstein said in a telephone interview. “You just hope there’s a donor.”

Each year, 18,000 people in the United States are diagnosed with a life-threatening disease where a marrow or blood cell donation is the best option, according to the federal government. Most rely on the help of strangers.

Silberstein’s nine-day prep had to be coordinated with Jordan’s five-day donor routine.

“You do chemo, a day of rest, they dope me up with Benadryl so I don’t have a histamine reaction, and then it’s showtime,” Silberstein said. “You get on that horse and ride it.” 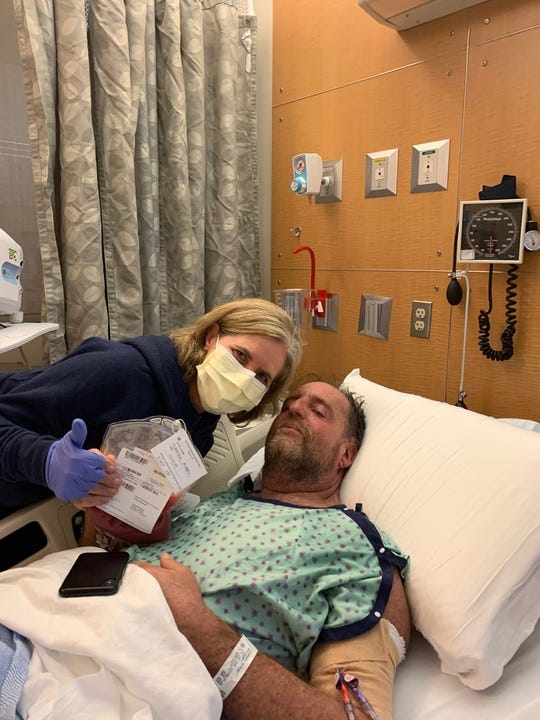 California recipient Michael Silberstein with wife Julie during bone marrow transplant in 2019. (Photo: Photo courtesy of Be The Match)

Silberstein recalled that it was two weeks before the white blood cells necessary to fight infection began to show up again in his system. And even after being discharged, he returned twice with fungal pneumonia and a kidney virus.

Silberstein attributed his recovery to a steady stream of visitors from his synagogue to keep his spirits up.

“My rabbi said people who are afraid of death have never lived,” Silberstein said. “When you’re feeling good, go out and live.”

A year after the donation, Silberstein and Jordan were given the option to sign releases allowing them to contact each other. Given Covid-19 restrictions, they met via Zoom on Tuesday. He and Jordan were surrounded by family for the emotional meeting.

Sarah Jordan of Mahwah played one of her best soccer games for Yale while receiving shots in preparation for her bone marrow donation (Photo: Photo courtesy of Be The Match)

“Thank you for the gift of life,” were Silberstein’s first words.

“This is my family. This is who you gave a daddy back to,” he said, gesturing to his daughter, Nessah, and wife Julie.

For more information about the Be The Match national donor program, visit bethematch.org.

Marsha Stoltz is a local reporter for NorthJersey.com. For unlimited access to the most important news from your local community, please subscribe or activate your digital account today.