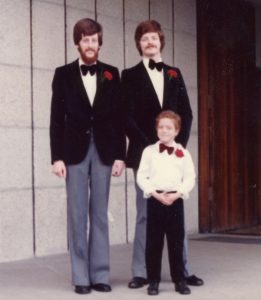 Leonard and Pat Fleming at Pat’s wedding just 2 months after Pat donated a kidney to Leonard in 1979. Pictured with their younger brother Mitchel 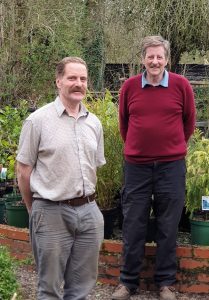 Leonard Fleming (left) at his garden centre with his brother Pat 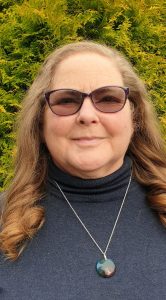 Demonstrating the successful longevity of their living donor kidney transplant, brothers Leonard and Pat Fleming from Athy this year mark the 42nd anniversary of the successful transplant. They and their sister, who is in renal failure, are sharing their story for Organ Donor Awareness Week (27 March to 3 April).

Landscape gardener Leonard, who owns Fleming’s Garden Centre in Athy, was just 10 years old when his older brother Pat – who was 22 at the time – donated a kidney to him on 27 February 1979.

Sadly, Leonard and Pat’s successful transplant event was tinged with sadness as two months later their sister Theresa, who was receiving dialysis treatment, passed away at the age of 20 from her kidney disease.

The brothers have remained close to one another and live beside each other just a few miles outside Athy. Since donating one of his kidneys, Pat became a secondary school teacher, got married, had two children and is now a proud grandfather. He teaches Business Studies at Colaiste Eoin in Hacketstown, Co Carlow.

Leonard told the Kildare Nationalist that he was very young at the time “so I can’t really remember what happened beforehand”, adding that he lives “a normal life.”

Leonard recalls being tired and that he “missed a good bit of school and that” and noted that a month afterwards he had a whole new lease of life.

He explained that “I was very lucky that I didn’t have to go on dialysis or anything like that beforehand” and “was blessed that my brother was able to give me a kidney… otherwise I probably would have had to go on dialysis.”

The brothers’ sister Michelle Horan, who also lives close to them, shares the same genetic kidney disease as Leonard did. Michelle was in her early twenties when she started dialysis. She has since undergone two kidney transplants, the first of which lasted for three years. With the second transplant she enjoyed an additional 20 years away from dialysis before returning to dialysis treatment, which she has been undergoing at home for almost eight years now as she hopes for another kidney transplant to improve her quality of life.

Michelle is very grateful to the two deceased donors who got her to this point and which made it possible to give birth to and raise a son who is now 24 years old.

While many things have been put on pause during the Covid-19 pandemic, the need for organ donation and transplantation continues. Despite the unprecedented challenges which the pandemic has presented, organ transplants have continued thanks to organ donors and their families alongside the dedicated transplant teams in our transplanting hospitals, Beaumont, St Vincent’s, The Mater and Temple Street.

At any one time in Ireland there are between 550 and 600 people on waiting lists for organ transplants including heart, lung, liver, kidney and pancreas. There was a fall in the number of transplants in 2020 across all the national transplant programmes. The Irish Kidney Association said that while the 190 transplants carried out were 84 less than in 2019, the thoughtfulness of the 62 deceased donors (last year) in these very challenging times is inspiring.

This year’s awareness campaign is built around the theme ‘Life is a Gift Pass it On’ and ‘Share your Wishes’. The key message is that the public can play their part in supporting organ donation for transplantation by ensuring that their families know their wishes, i.e. have the conversation.

Individuals who wish to support organ donation are encouraged to keep the reminders of their decision available by carrying the organ donor card, permitting Code 115 to be included on their driver’s licence, and having the ‘digital organ donor card’ app on their smartphone.