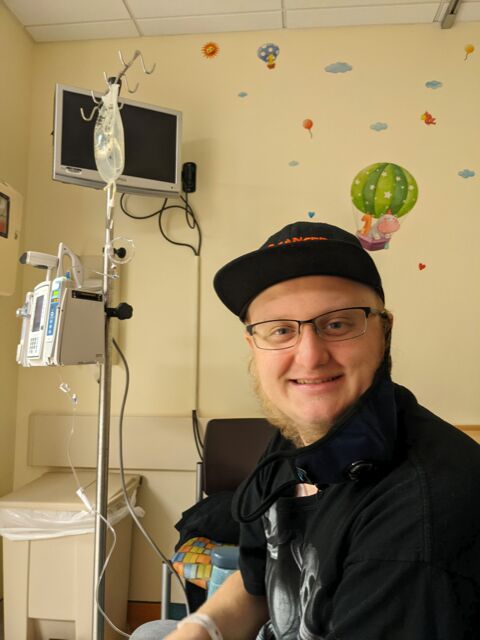 NORTH CAROLINA, USA: Mayson Archer’s journey with cancer has followed him through chemotherapy, graduation from Discovery High while hospitalized, remission and, now, another fight with leukemia.

The now 19-year-old was first diagnosed with leukemia in August 2019. His mother, Stacey, said he did four rounds of chemotherapy before going into remission four months later. He graduated in 2020 from Discovery High while still in the hospital.

“Our community has been so supportive,” Stacey said. “Newton-Conover City Schools has also supported us during this time.” She was an employee of the school system until recently.

Stacey said her son was in good health after being in remission for about nine months. Then some concerns popped up. “He was planning to go back to work, but then he found out on September 17 of last year that the (leukemia) was back.”

Mayson has now undergone three rounds of chemotherapy. He is in the process of receiving a bone marrow transplant.

When Christine Vaughan heard that Mayson was in need of a bone marrow transplant, she knew she needed to do something.

“I wanted to have a fundraiser at Geppeto’s to help the family with expenses,” Vaughan said. “I know that’s going to be expensive, and I want to help support them.”

A fundraiser is planned for Wednesday at Geppeto’s Pizza, 114 N College Ave., in Newton from 4-9 p.m. Vaughan has worked at the restaurant for 29 years and knows the Archer family well.

One of Vaughan’s sons was Mayson’s classmate at Newton-Conover Middle School. “They were friends in middle school, and then for high school Mayson went to Discovery High School,” she explained.

Aside from that, Vaughan said the Archer family lent a helping hand to her family in 2018 when she lost one of her three sons. “They supported us when we needed it most; I want to do the same for them,” Vaughan said.

“Newton is a great community,” Vaughan continued. “I just want (the Archers) to know that the community supports them, and I hope the fundraiser will help Mayson and his family.”

A portion of pick-up, delivery and dine-in orders at Geppeto’s during the fundraiser will go to the Archers. There will also be a banner set up for community members to sign, which will be given to the family. Additional monetary donations will also be accepted.

N.J. mom of 4 has leukemia. A bone marrow registry is being held Saturday.

N.J. mom of 4 has leukemia. A bone marrow registry is being held Saturday.